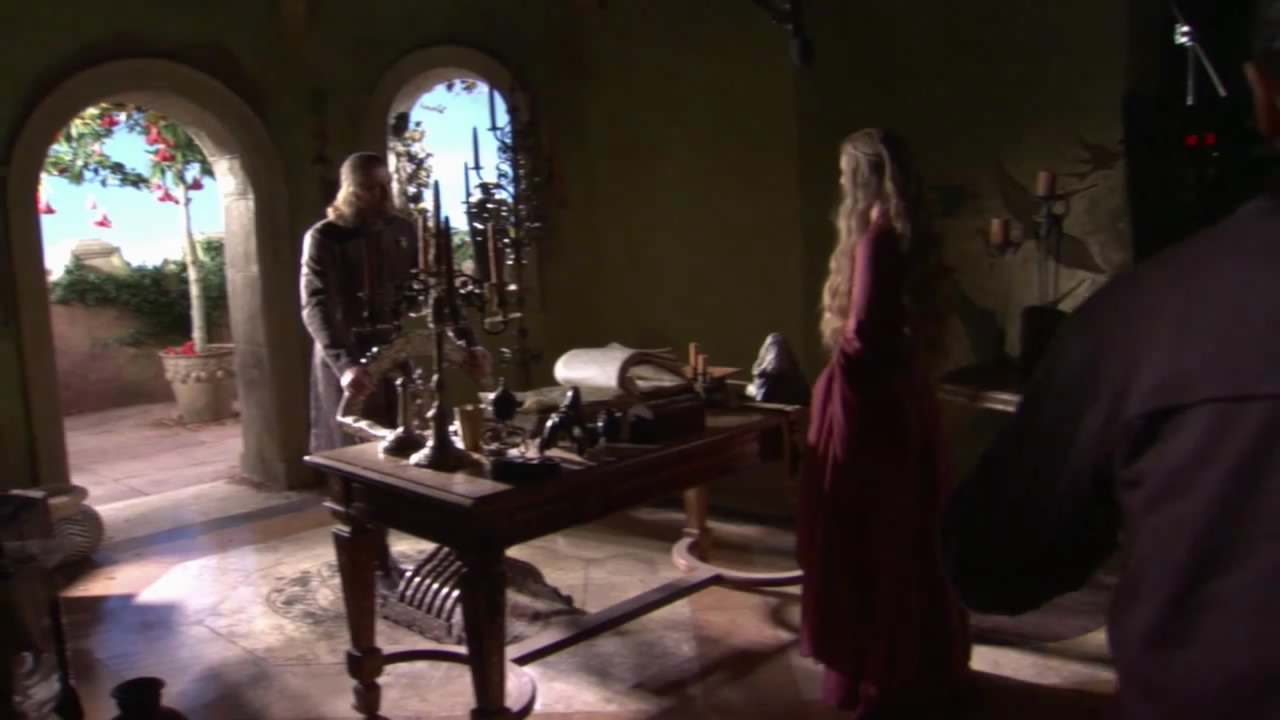 A glimpse of filming in the Red Keep set, in a scene where Lord Eddard is conversing with Queen Cersei. This is likely to be set in his own solar, described as being in the Tower of the Hand. The wall past Cersei can be seen to feature the painted bird decorations that have already been shown to decorate the Red Keep in a previously released still.

Among the notable details are the brooch on Eddard’s breast, which we know to bear a hand signifying his office as Hand of the King, the chair which seems to be of the Savonarola type (drawing from late medieval or Renaissance Italy), and the great open book which we suspect to be Grand Maester Malleon’s The Lineages and Histories of the Great Houses of the Seven Kingdoms, With Descriptions of Many High Lords and Noble Ladies and Their Children.

We’re guessing that this is an entirely new scene that gives Eddard and Cersei more interactions. One last detail: the dark object in front of the book is something I saw in the prop store when I visited the set. It’s a sort of bronze, wheeled horse, and is either supposed to be part of the general decor already in place… or possibly a keepsake Ned has brought with him from Winterfell, a toy of Bran’s?