Official Sites
Featured Sites
September 24, 2020
House of the Dragon On Track for 2022 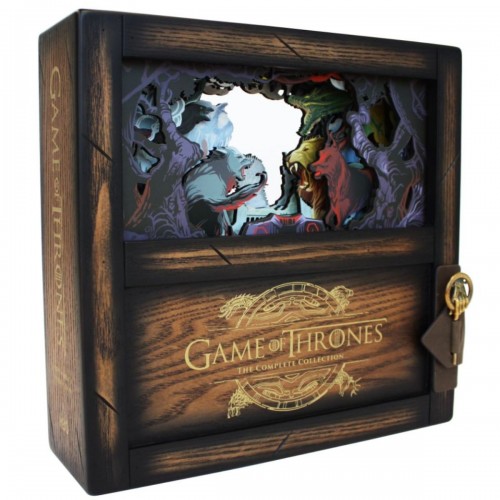 Linda has roped me into discussing the final season of Game of Thrones, with an eye to discussing what the choices of the showrunners mean (or don’t) regarding George’s plans for A Song of Ice and Fire. We think it’s a lot murkier than some have taken it, but see the epic, near-2 hours video (with handy timestamps in the description to jump to particular characters of interest) to learn more:

The episode guide for “The Iron Throne”, the 6th and final episode of Game of Thrones, has been updated with Linda’s review (currently livestreaming). We’ll embed it below:

HBO has yet to release it’s behind-the-scenes extras, but once they are they’ll be added to the guide!

The episode guide for the fourth episode—titled “The Last of the Starks”, according to HBO—has been updated with Linda’s post-episode livestream as well as the “Inside the Episode” for the episode. You can see the livestream below:

The latest episode, titled “The Long Night”, has aired and our episode guide will collect some Linda’s commentary and HBO’s extras as they come out. However, for those who can’t wait to see the review, as usual for this final season Linda is livestreaming her commentary:

The second episode of the final season of Game of Thrones has aired, and Linda has put together some information on the Episode Guide including links to post-episode materials such as the pleasntly surprising release of Florence + the Machine’s rendition of “Jenny of Oldstones” (we’re big fans). Below, however, we’ll link Linda’s post-episode livestream in which she shared her thoughts and answered questions from viewers:

You’ll find the the preview for next week’s episode below:

Linda’s just finished the first ever Westeros.org livestream review, and we’ve updated the episode guide for the episode—titled “Winterfell”, per HBO—with that video as well as the extras HBO has released. Linda will add more to the page at a more sane hour, but until then, you can see the review video below:’

After that, you can check out HBO’s preview

Posted at 05:17 CET by Elio
Comments: | PermaLink
Page 1 of 6 pages  1 2 3 >  Last ›
A Forum of Ice and Fire
From the Store
Missing the partner_tag.
more items >>
Westeros
The Citadel
Blood of Dragons