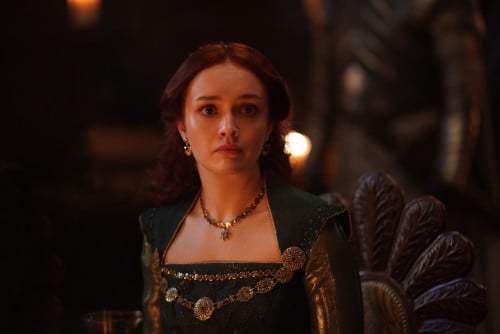 Olivia Cooke as Alicent Hightower. Note the seven-pointed star on her necklace. 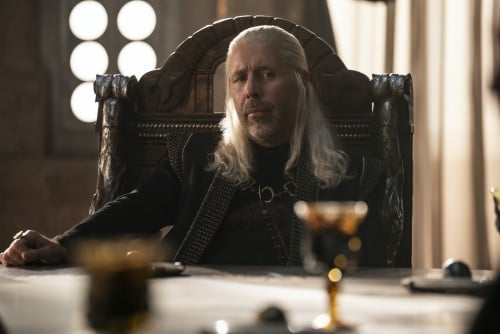 Paddy Considine as King Viserys Targaryen. He seems to have a rather recognizable dagger hilt appearing over the table. 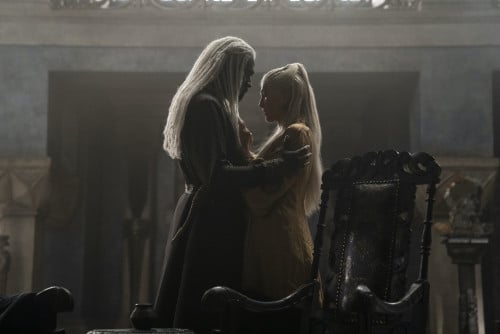 Steve Touissant as Lord Corlys Velaryon, the Sea Snake, and Eve Best as Princess Rhaenys Targaryen. This is probably at their seat of High Tide. 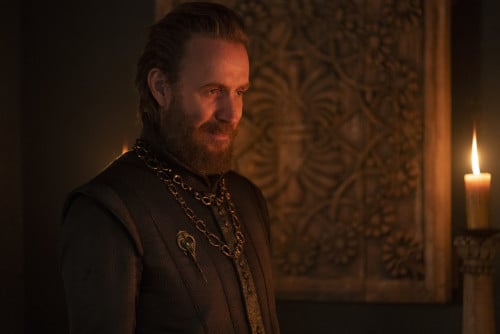 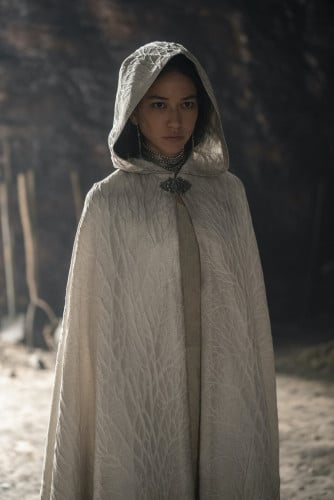 Sonoya Mizuno as Mysaria. In the source material, she is described as being extremely pale, including her hair, leading to her being called the White Worm. They seem to be dealing with that with her white cloak and pale clothing. 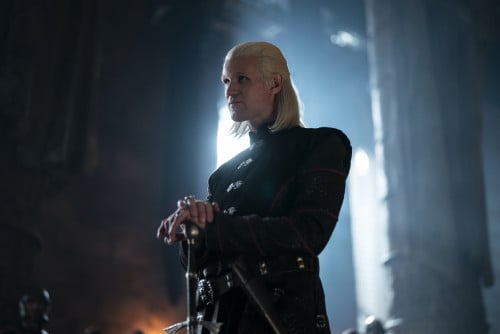 Matt Smith as Prince Daemon Targaryen. This image gives us another look at Dark Sister. 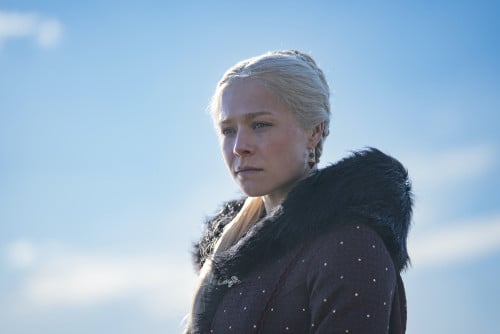 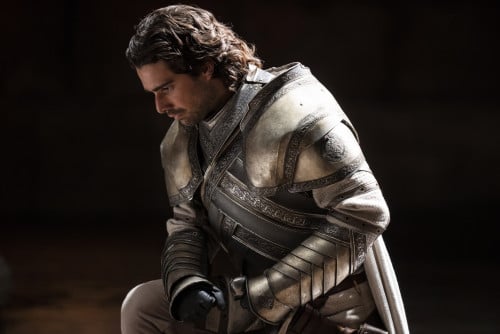 Fabien Frankel as Ser Criston Cole, a knight of the Kingsguard. The show appears to have lightened the bronze appearance of the armor from Game of Thrones, making it look largely closer to the white armor described in the novels. There are some black elements in the breatsplate, however. 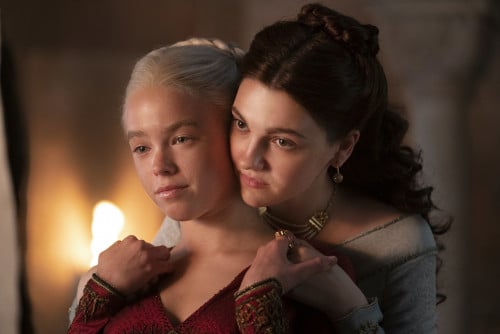 Milly Alcock as the young Princess Rhaenyra Targaryen and Emily Carey as the young Alicent Hightower. This further shows that the show will present events from a broad period of time, showing the early roots of the civil war to come. It seems like the show’s taking the stance that Alicent and Rhaenyra are friends to begin with.