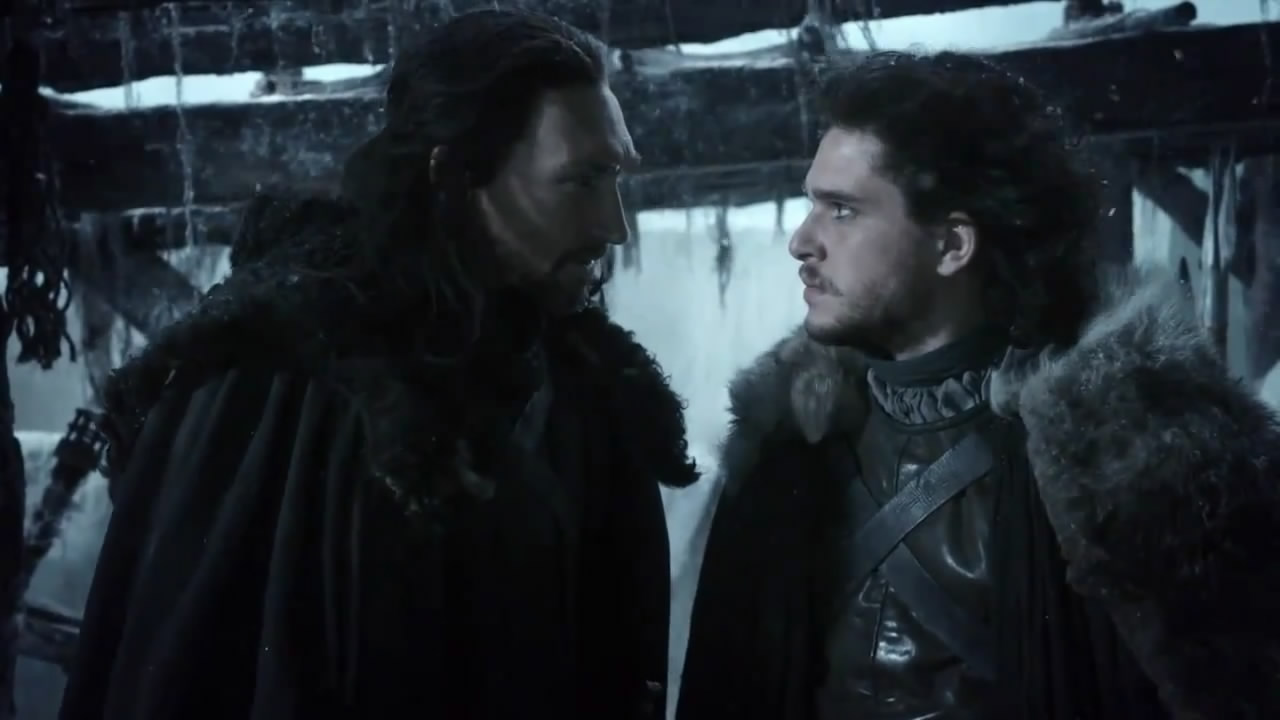 This piece of the Wall was kept outside of the Paint Hall for filming—I believe a Sam and Jon scene was filmed there as well—and sometimes would be moved into it to help control lighting as needed. It was quite impressive, especially when you saw that it was all just plaster, wood, and steel and not ice at all. I think they had pieces of wood like those you see behind the actors, which they could stack or remove to help give a sense of different areas of the Wall.

One other thing of note: Benjen’s accent seems even thicker than Eddard’s, very Northern (Yorkshire?). As I recall, both Sean Bean and Joseph Mawle were both cast in the Red Riding  trilogy of films set in Yorkshire and noted (by some American critics) for the very strong accents they used, and of course Bean hails from that area.