The amazing Unseen Westeros art exhibition, which we reported on and which I attended during its preview opening in Berlin, has in collaboartion with Adobe decided to provide a unique VR look at just a fraction of the gorgeous artworks created by the talented professional concept and matte artists (many of whom have worked on Game of Thrones). You can see the VR experience here on Youtube:

Below is the press release as well as details for the nine images shown:

A new virtual reality experience from Adobe allows fans to immerse themselves in unseen locations from the “A Song of Ice and Fire” book series, as imagined by professional concept artists.

You can now experience nine illustrations of places in Westeros, Essos and beyond in stunning VR, exploring the unpublished locations from the hit book series in immersive depth and detail – including the castles of Strongsong, Widow’s Watch and Golden Tooth, and mysterious far-flung cities and forests.

Discover these locations and more in immersive 360 degrees here: all that is required is a mobile phone and a VR headset.

Earlier this year, Adobe collaborated with the Unseen Westeros exhibition in Berlin, an event that brought together the work of 40 conceptual artists to illustrate “pre-story” scenes from George R.R Martin’s novels, A Song of Ice and Fire, that have never been seen before.

The artists involved in the exhibition and VR experience used Adobe Photoshop to create their illustrations. Adobe has also created a tutorial to help artists create their very own landscapes based on A Song of Ice and Fire.

Sven Sauer, creator of the Unseen Westeros exhibition, has been working for the Game of Thrones series since series 2, developing the famous locations such as Dragonstone and Harrenhal.

All nine locations from the VR experience are: 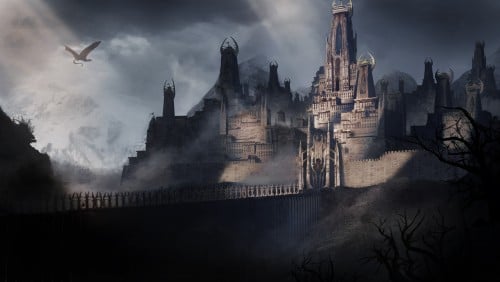