The Folio Society, famous for its bibliophile-oriented hardcovers with beautiful binding and interior illustrations, revealed last month that they were working on a new edition of A Game of Thrones with this tweet:

Today, they’ve now released a sneak peek at four of the eight chapter headers their as-yet-unnamed artist has created. Each represents a specific character, and draws from the heraldry of their families. 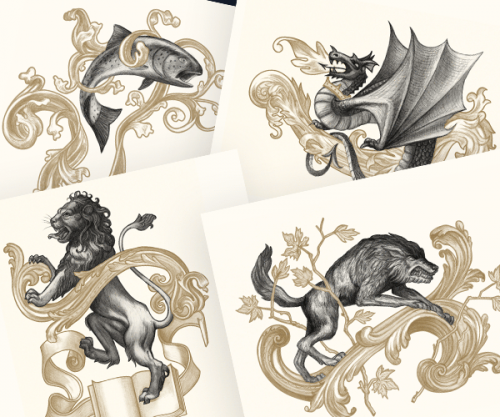 From the preview e-mail they sent out:

“Our lavish collector’s edition will be printed two-colour throughout and these intricate black-and-gold chapter headers will be complemented by elaborate initial letters and page motifs.”

No release date has been announced as of yet, but the Folio Society has set up a dedicated page where there’ll be new information, as well as a way to sign up for e-mailed updates.

Posted at 10:55 CET by Elio
Tags:
A Song of Ice and Fire • Licensed Products | PermaLink