The release of Inside HBO’s Game of Thrones was a chance for fans the world over to get a closer look behind the scenes at the making of the series, thanks to the writing of series story editor and writer Bryan Cogman having penned the book, filling it with the insights he was able to take from fellow members of the production team and the cast. 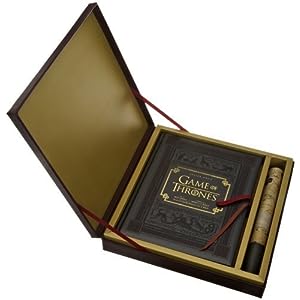 And now the collector’s edition has been released (Order: Amazon US, Amazon UK), and it adds an additional wrinkle: among the various bits of swag, such as the scrolled maps, is a whole second volume, this one containing storyboards from artist Will Simpson which are a key part of the process of creating and producing the series.

To explain more about the books, and what they reveal and what’s contained within, we had the opportunity to interview Bryan so that he can provide a better understanding of what fans can expect to find.

Posted at 21:14 CET by Elio
Tags:
Game of Thrones | PermaLink