In an exclusive interview with The Hollywood Reporter‘s James Hibberd, co-showrunner and director Miguel Sapochnik offers a bit of insight into House of the Dragon, assuring viewers that the show honors Game of Thrones while at the same time being its own thing, with its own story to tell and its own tone. 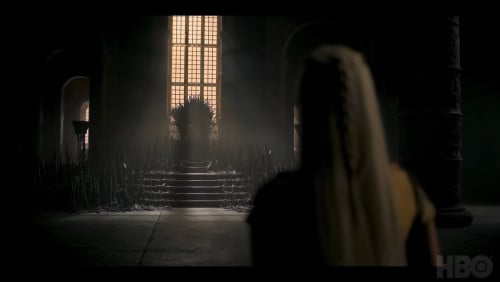 One of the quotes from Sapochnik in more detail: ‘I think we were very respectful of what the original show is. It wasn’t broken so we’re not trying to reinvent the wheel. House of the Dragon has its own tone that will evolve and emerge over the course of the show. But first, it’s very important to pay respects and homage to the original series, which was pretty groundbreaking. We’re standing on the shoulders of that show and we’re only here because of that show. So the most important thing for us to do is to respect that show as much as possible and try and compliment it rather than reinvent it. And I was involved in making the original show, so I feel like that’s been useful. Like, I’m not arriving going, “Let’s change everything! Let’s do a different color palette!” No, I quite like the color palette.’

Posted at 17:39 CET by Elio
Tags:
House of the Dragon | PermaLink