As promised, we can now discuss in more detail our forthcoming book, The Rise of the Dragon, as it has not been posted about at Not a Blog. The book will hit shelves in October, both in the US and in the UK as HarperVoyager announced they’ve picked up the rights (and shown off their own cover).

US Cover of The Rise of the Dragon, by Ertaç Altınöz

We first learned about the fact that there was interest in another book that could compliment The World of Ice and Fire at the Worldcon in Dublin in 2019. How did we learn about it? When GRRM told us we were writing another world book. Suffice it to say, it was a (very pleasant) surprise to us! So, too, was the contract when we learned the details, as it was a two book contract, not just one.

The initial talk was to do a character encyclopedia or who’s who—revisiting something that had once, many years ago, been intended for The World of Ice and Fire) (and morphed into the World of Ice and Fire app for iOs and Android)—but for various reasons it was settled, instead, to do this first: a condensed, heavily illustrated Fire and Blood in similar dimensions to The World of Ice and Fire. All the art is original to this book, including several maps, a cross-section of a famous tower from a creator we’ve personally long wanted to work with (and hope to work with again in the future!), and some truly amazing work from a bevy of artists, some that may be familiar (Magali Villeneuve, Marc Simonetti, Chase Stone, René Aigner), and some that may not (such as Ertaç Altınöz  who provided the cover and the image of the dragons over the Red Keep, Sven Sauer of the Unseen Westeros art exhibition).

We’ll see if we can publish a full list of art contributors soon. 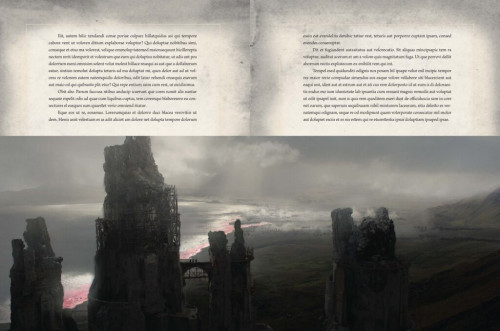 The Fishfeed as seen from Harrenhal, by Sven Sauer

We do have to repeat something, because we don’t want people to come to us disappointed that this book is not what they expected when they get their hands on it: this is a condensed version of the already-published Fire and Blood. It contains virtually no new information, and what new information it has is very minute, very trivial matter—the sort of things that warms the cockles of our hearts, perhaps, but not something that makes it worth buying if you’re already familiar with Fire and Blood.

(Among those trivial details? The dragons have been depicted according to George’s official, unpublished catalog of dragons, which includes their canonical colors. So at least a few dragons will have their colors settled when this book is published.)

This book is, first and foremost, for people who have not read F&B, either because they were unaware or they thought hundreds of thousands of words of “fake history” were not to their taste but who may find a condensed, stripped-down version more interesting. (This might be especially relevant to fans of the forthcoming House of the Dragon.) And it is also for fans of The World of Ice and Fire who loved the illustrations and depictions of the world George has created. And, finally, also for completists who just love having all things ASoIaF on their shelves and in their collections.

What does the future hold for us? George has mentioned the Who’s Who, and it may well be that that’s what we’ll start on next, but right now our hard-working editors—Anne Groell at Random House and Kaitlin Ketchum at Ten Speed Press—and their editorial, art, and marketing departments are hard at work paving way for The Rise of the Dragon and its release in October. We suspect they’ll want a break before we dig into whatever the next project will be. (And yes, now that GRRM has let slip that Fire and Blood, Part 2 is in the works, we expect there’ll be a similar condensed, heavily illustrated book for that as well. We even have a working title for it.)

But until then, you can pre-order The Rise of the Dragon! 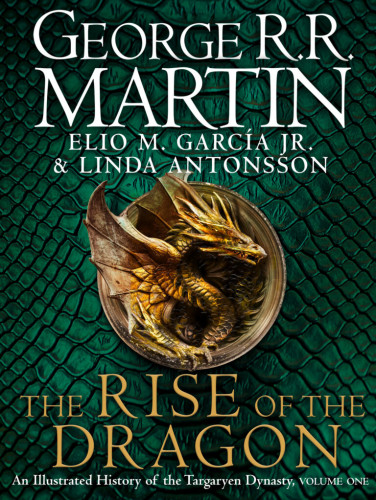 UK cover of The Rise of the Dragon

Posted at 13:23 CET by Elio
Tags: The World of Ice and Fire, The Rise of the Dragon, Ten Speed Press, Random House, HarperVoyager | PermaLink