A new year is on us, and with that is news of the next calendar in the long-running A Song of Ice and Fire series. This time, the artist will be none other than Justin Sweet, an award-winning artist whose contributions have been as varied as concept art for blockbuster films like The Chronicles of Narnia, Star Wars: The Last Jedi, and Avengers: End Game to illustrations for books like… well, like The World of Ice and Fire, where his two-page splash of Robert and Rhaegar on the Trident (as well as his depictions of Arya, Jon, and Dany) were some of the very first pieces commissioned for the book. 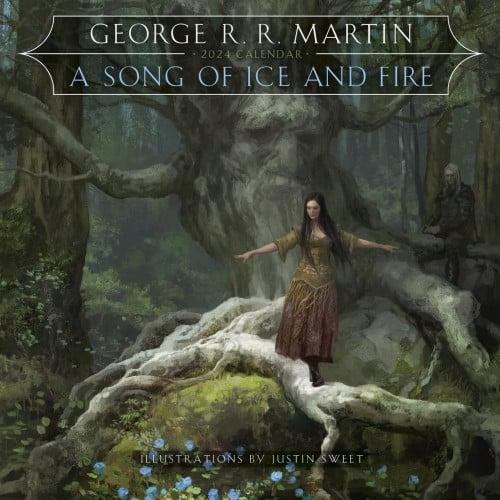 The selected cover art has certainly sparked a lot of discussion, and we’ve our own thoughts as to just what place the depicted scene has within A Song of Ice and Fire... and perhaps, more particularly, within The Winds of Winter. Very, very interesting, suffice it to say!

Per Random House’s page for the calendar, it will be released on July 25th, which is a pretty typical date. Our guess is that copies will be made available early at San Diego Comic Con, as has happened in previous years.

Posted at 20:34 CET by Elio
Tags:
A Song of Ice and Fire • Other Books and Projects | PermaLink