Second, the Art of Gary Gianni for George R. R. Martin’s Seven Kingdoms from Flesk Publications, exclusively from their website. Containing 300 pages of illustrations and commentary covering the great artist’s work—including his work on the 2014 A Song of Ice and Fire calendar and his spectacular work on A Knight of the Seven Kingdoms—it’s absolutely a must-have collection. 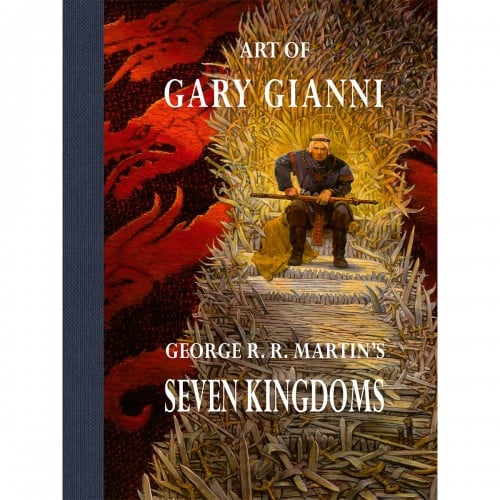 And while we’re at it, earlier this month the Folio Society’s exclusive edition A Game of Thrones was also released. Beautifully and painstakingly designed and bound, it’s a jewel in any bibliophile’s collection. Here’s a video from the Folio Society highlighting some of its qualities: