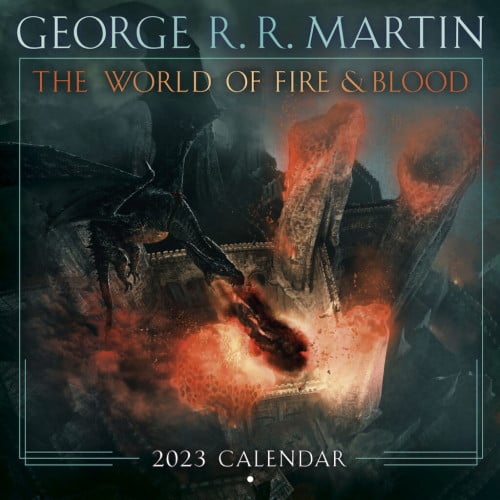 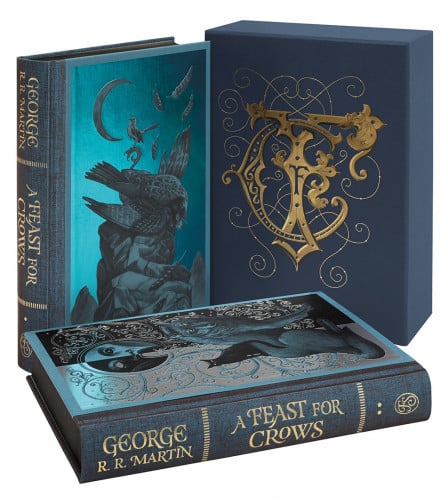 The Locus Awards finalists have been announced, and down in the Illustrated and Art Book category there was a pleasant surprise in the form of George R.R. Martin’s A Storm of Swords: The Illustrated Edition, with illustrations by the award-winning Gary Gianni. Gianni has previously provided art for one of the A Song of Ice and Fire calendars, A Knight of the Seven Kingdoms, and Subterranean Press’s limited edition of Fire and Blood.

The winners will be announced on June 26th, during the virtual Locus Awards Weekend event.

We’ve reported previously on the news that theater producers and a live event production company are now working on bringing the tourney at Harrenhal, and the dramatic events that unfolded there, to Broadway and other theatrical venues. We noted at the time that Startling Inc.—Vince Gerardis’s company—had removed the reference to “A Song of Ice and Fire with The Works”, the thing that clued us into the fact that something like this was happening. A sharp-eyed fan and member of our forum, zionius, checked it today and noticed that the project has reappeared with a new name that we assume is a working title:

HARRENHAL, A SONG OF ICE AND FIRE STAGE PLAY

Dark Sword Miniatures, one of the longest-running license-holders for works related to A Song of Ice and Fire, has surprised us by revealing that legendary miniature sculptor Tom Meier has added to the George R.R. Martin Masterworks series by sculpting Aegon the Conqueror and his sisters Visenya and Rhaenys.

Aegon Targaryen, the Conqueror, as sculpted by Tom Meier and painted by Anne Foerster.

Our friends at the Shire Post Mint, who are the only licensed purveyor of coins based on A Song of Ice and Fire, have launched their first ever “12 Days of Giving” event. It began on the 21st but will run through December 2nd. From their enormous catalog of coins and jewelry from ASoIaF as well as other fantasy settings (particularly licensed coins based on The Lord of the Rings), they’ve put together a special collection where many of the items are discounted by as much as 50%... and with the special promotional code, “FOREYULE2020”, you’ll get an additional 25% off the lowest-priced item in your cart.

Best of all, it’s for a good cause, as for every item you purchase $1 will go to No Kid Hungry, a charity devoted to helping make sure that children don’t go hungry by extending access to meals at school and after school, as well as providing education, advocacy, and research to reduce child nutritional deficits in the United States.

Over at his “Not a Blog”, George R.R. Martin has posted a new update on various topics, including HBO’s House of the Dragon as well as where he’s at with the greatly-anticipated The Winds of Winter. Along the way, he gives some hints about what he’s been working on on the “big, big book”:

“Of late I have been spending a lot of time with the Lannisters.  Cersei and Tyrion in particular.  I’ve also paid a visit to Dorne, and dropped in to Oldtown a time or three.  In addition to turning out new chapters, I’ve been revising some old ones (some very old)… including, yes, some stuff I read at cons ages ago, or even posted online as samples.  I tweak stuff constantly, and sometimes go beyond tweaking, moving things around, combining chapters, breaking chapters in two, reordering stuff.”