Big news out of Hollywood today, as Variety first revealed that HBO is in early development on adapting the Dunk & Egg novellas (collected in A Knight of the Seven Kingdoms [affiliate link]) to the screen:

“The one-hour show would be based on the series of fantasy novellas by George R. R. Martin, which follow the adventures of Ser Duncan the Tall (Dunk) and a young Aegon V Targaryen (Egg) 90 years prior to the events of “A Song of Ice and Fire.

“No writer or talent is currently attached to the project, but sources say it is a high priority for HBO as the premium cabler looks to build on the success of Game of Thrones.”

This was followed up half an hour later by EW’s James Hibberd (author of Fire Cannot Kill a Dragon [affiliate link]) reporting that it goes beyond Dunk & Egg:

“But that’s not all. HBO has been meeting with other top writers pitching others ideas based on Martin’s works. Among the ideas being contemplated is a prequel series based on Robert’s Rebellion, the war for the Iron Throne that upended Westeros a couple of decades before the events in Thrones. All the ideas are prequels; there are no sequels or spinoffs from the original series currently under consideration.

“One of the writers is a name familiar to HBO genre fans: Bruno Heller, who created the ambitious historical drama Rome [affiliate link], a series that was seen as a bit of a short-lived precursor to Thrones. That said, no writer is yet attached to any project.” 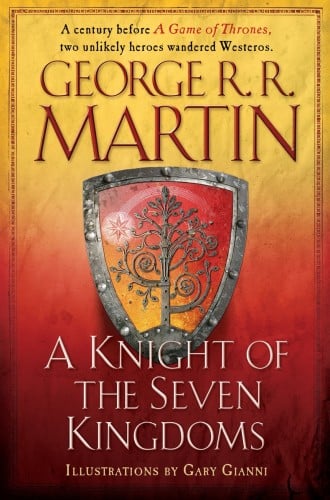 As Hibberd notes at the end, this is both like and unlike the five concurrent projects HBO put into development before, out of which House of the Dragon was the only one to get a series order. HBO considering multiple projects is not new in the Game of Thrones space… but this time, per Hibberd, HBO is explicit about wanting to go forward with one of them, at least at this present time.

The curious thing is the idea that an idea of a Robert’s Rebellion prequel is one that GRRM has generally shot down as something he has not been interested in seeing. Has he changed his mind at this time, whether due to HBO convincing him or because he’s feeling more okay about it? As to the general idea of prequels, one thing we do wonder is if HBO will go in the same direction as Disney+ with its multiple Star Wars projects and possibly due a mix of formats. Not everything needs to be a live action, full-fledged series, after all. There could be room for miniseries, for animated series, for one-off feature films…

Posted at 20:46 CET by Elio
Tags:
House of the Dragon | PermaLink